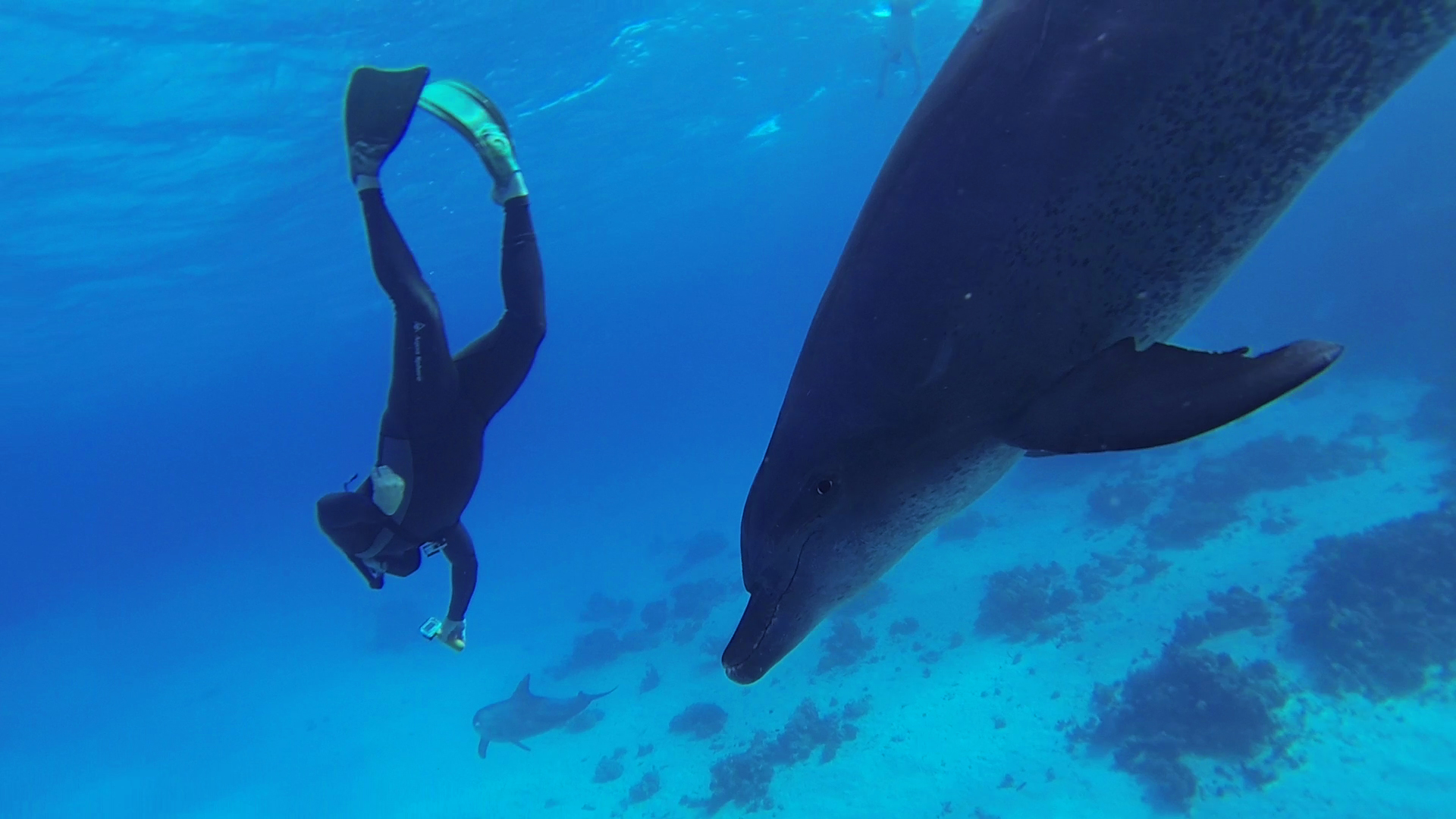 On a recent trip to Makadi bay, Hurghada we decided to try out a wild swimming dolphin experience. This is available every week and includes a boat trip, a fantastic buffet lunch with soft drinks and the use of wetsuits, mask, fins and snorkel for the duration of the trip all for under 50 euros.

I was a little sceptical about the chances of seeing and swimming with wild dolphins, but I was reassured by the staff, who seemed very confident that they have an 80-90% percent chance of seeing them on the trip normally.

In the morning of the trip, the group met at the dive centre, handily located within the pretty resort of fort arabesque. The staff helpfully handed out any equipment required, before pointing out the dive boat waiting for us at the end of a short jetty on the beach directly in front of the dive centre.

The boat is primarily used for scuba divers, there was plenty of room with places to keep fins and wetsuits in the wet area. Towels and bags in the inside dry area, toilets on board and a place to relax and enjoy the stunning views upstairs.

The group was introduced to the staff who wore name tags, were friendly, welcoming professional and approachable. We were told that we were going to a place called “dolphin house” and the species of dolphin we would expect to see was pointed out.

Housekeeping was covered and any problems, medical or otherwise were clarified and the procedure for when and how to enter and exit the water was thoroughly explained.

The boat journey to dolphin house was calm with plenty of room for the group to spread out and relax, sleep or enjoy the views. Most people brought food boxes provided by the hotel to snack on during the journey. There was also a photographer/videographer on-board who took candid snaps of the group and you can buy the photographs and/or the edited video of both underwater and on the boat for a nominal fee.

On the approach to the site, the group were instructed to get ready and put kit on. There were already a few boats moored up next to each other and once the engines were stopped. Our guide entered the water followed by the group and were brought to an area of reef where the boats could not enter, but where the dolphins were located which meant a short swim from the boat. 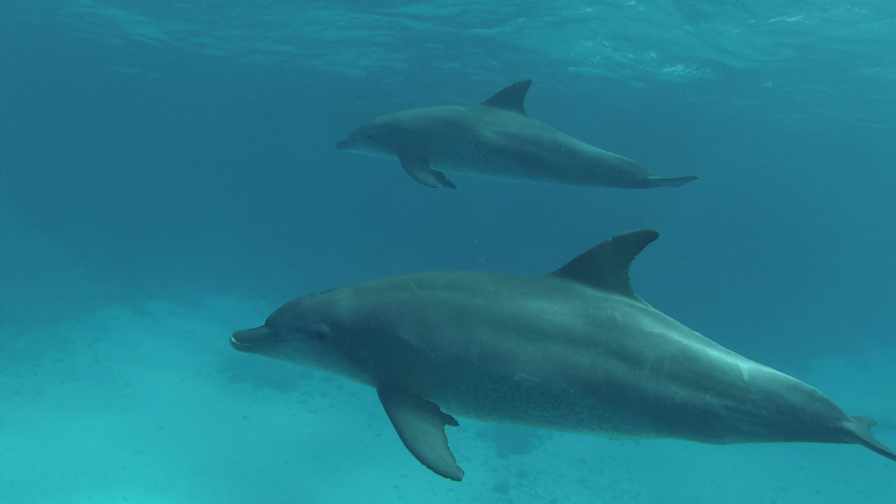 Once in “dolphin house” it was everything I could have wished for – the pod was inquisitive and playful – swimming just under the group of snorkelers, surfacing for air then circling back round. Some came close enough you could see every detail in their markings circling some of our group of freedivers after they had duck dived to get a good look at them – a kind of tacit communication between freediver and dolphin. Freediving in my monofin alongside some of the pod who were gliding slowly and effortlessly through the water, – it was just an amazing awe – inspiring experience of privileged calm and excitement.

You almost felt like part of the pod for those few precious seconds. We were lucky enough that the dolphins chose to engage with us for approximately 45 minutes and the interactions experienced during this encounter, leaves me without a doubt about the intelligence and sentience of these amazing mammals.

I am still surprised and saddened that even today when candidly discussing with friends and acquaintances my desire to swim with dolphins it is still suggested that I pay for a swim with a captive dolphin experience.

Even after films such as blackfish and the cove – the latter which documents the driving of entire pods into the cove in Taiji Japan, in order to select the few individuals to be sent to dolphinariums and the slaughter of the remaining pod members for the meat trade despite its highly toxic mercury content was publicised in 2009 and is still occurring today – all you need to do is follow Sea Shepherd to see the emotive images of dolphins thrashing about in a sea of red.

After pointing out that the practice of decimating a dolphin pod is solely due to the lucrative prices dolphins attract for our entertainment I am often met with previous ignorance of the practice but with a vow to never visit one again once enlightened.

Sadly dolphinariums exist, but this experience with wild dolphins, with an ethical provider, is the only way I would interact with them now. Even during the trip I noticed some boats getting too close to the dolphins, and dropping divers in almost on top of each other to gain a split second of a view of them, our operator would only allow us in when the conditions were right for the dolphins and the Freedivers on board

So if you want an ethical provider of dolphin experiences, then IDive Makadi bay is a perfect example.

For information about our trip please contact steve millard steve@freedivers.co.uk and check out our calendar for new trips coming up